If you’re paying attention at all, you know how dichotomous existence is right now: hope and despair around every turn. Last Monday,  I walked out of the office for the Partnership for Safety and Justice  feeling hopeful. I’d like to tell you that story to show how figuring out what’s next for the millions of people who took to the streets for the Women’s March (and those who didn’t) may be easier than it seems. 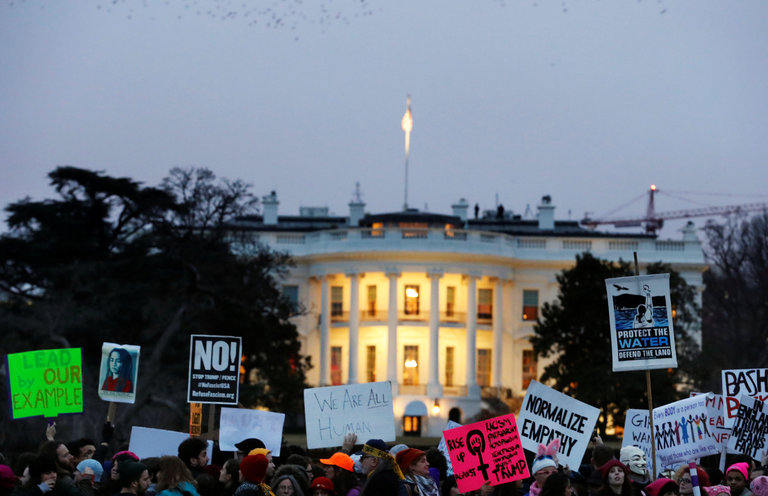 I became aware of and passionate about criminal justice reform when I heard Michelle Alexander speak in Portland about 4 years ago. She spoke about the new Jim Crow — about racism and slavery repackaged in a criminal justice system that is devouring our poor communities of color (please watch 13th, free on Netflix). During my last 7 years as an educator, I’ve seen the cyclical effects of a broken criminal justice system, one that criminalizes and dehumanizes, leaving single parent households and kids in foster care, creating a higher risk for these children to meet the same fate as their incarcerated parents.

I chose to be an educator in order to affect real change at the root of the problem, but I’ve learned that a child’s education is typically only as effective as the support they receive at home. Basic social services such as mental health care, addiction treatment, and adequate shelter space, if properly funded, would provide more of the kind of support needed to allow space for learning. The Partnership for Safety and Justice (PSJ) is a small grassroots organization in Portland that works with legislators not only to reform, but actually to shrink the correctional justice system in order to reallocate tax payer money to said preventative programs. After meeting with Cleo Tung, the program’s development director, I committed to being on call to write future op-ed pieces if ever progress comes under attack and I will be going to Salem on April 3 to lobby for a new piece of legislation. Specific action = Hope.

If you had asked me a year ago if I felt that I would lobby with congresspeople ever, I would have said ‘no way’. Too intimidating. Too much pressure. But my preconceived ideas of what lobbying entailed were so wrong. Here’s how beginner’s lobbying works: 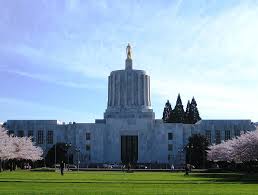 AM Session – Meet in Salem with affiliated organization (like PSJ) and other volunteers, and receive training about the proposed legislation and recommended talking points.

Small Group Session – Meet with congressperson. A leader from organization presents the bulk of the information and you deliver a 1-2 minute talk about why you care about the issue. Done.

It’s not that it’s not scary, it’s just that it’s the freaking least I can do.

According to Indivisible: A Practical Guide for Resisting the Trump Agenda, lobbying, going to town hall meetings, and large scale coordinated letter writing and phone calls are the most effective form of action — much more effective than writing individual letters, signing petitions, retweeting and reposting, and making individual phone calls. This year are the long sessions for lobbying. And I don’t totally know what that means other than that community organizers are working hard to make sure our congress hears from their constituents during these sessions. That’s you!

So, how was I able to find a local program that was working on the same issue I cared about?

At a recent event after the election, What’s Next?, I was able to meet with community organizers in Oregon and the Portland area. It was there that I signed up to volunteer with PSJ. Cleo reached out to me a few weeks ago and arranged some time to talk one-on-one. Through my sit down with her I became more aware of the problems with the criminal justice system and how that manifests locally.  Organizations know that we’re out there ready to get involved. They want to take advantage of that energy. We want to help them. But these groups are often very small, grassroots organizations who don’t always have the means to reach out large scale. We need to go to them.

I’ve had a several conversations with people recently who want to get involved and help, but didn’t know where to begin. It does indeed feel so overwhelming. There is so much going wrong. There is so much to be done. Giving into this despair, though, is the ultimate defeat. Paralysis cannot be a response. Disengagement cannot be a response. ALL of us must rise up together.

Through my work with a group of teachers organizing the event Teaching in the Time of Trump, I’ve gained access to a list of organizations you can connect with to get involved. I had almost no knowledge about these groups prior to opening relationships with people who were already organizers. One step forward leads to many possibilities. So please, do the following:

I am learning how to be an activist outside of my classroom on the fly, teaching myself how to organize and get involved as I go. With Trump signing executive actions to keep refugees in peril, begin construction of a wall so symbolically xenophobic my heart breaks to think of it, continue construction on oil pipelines that rip through Native American sacred land and waterways and show no respect for mother earth, and punish cities and states for compassionate work, not to mention his attempts to delegitimize facts and the voting system during just his first week in office, there is no time to let ego or fear or pride get in the way of action. Turn towards hope and do something. It’s easier than you might think.

Note: This list is by no means comprehensive. It is simply a starting place for knowing who’s out there.

View all posts by somethinglikeadultlife